Born in Germany into a family of Russian musicians, Alissa Margulis studied in Cologne with Zakhar Bron, in Brussels with Augustin Dumay and in Vienna with Pavel Vernikov.  She made her first public appearance at the age of seven with the Budapest Soloists and has performed since then with numerous orchestras such as the Camerata Switzerland, Kremerata Baltica, the Düsseldorfer Symphoniker, the Jerusalem Symphony Orchestra, the SWR, NDR and WDR Rundfunkorchester, and the Orchestre National de Lorraine.

She further appeared at Festivals, such as the Jerusalem Chamber Music Festival, the Wiener Festwochen, Lockenhaus, the Menuhin Festival Gstaad, in Davos, Tours, Schleswig-Holstein, Verbier and the Maggio Musicale Fiorentino.  Every year since 2005, Alissa Margulis has been invited to perform at Martha Argerich's "Progetto" in Lugano.

Alissa Margulis is a title holder of many international competitions (Wieniawski and Vercelli, among others) and awards, such as "Pro Europa" from the European Cultural Foundation, which was presented to her by Daniel Barenboim.

Find out more on Alissa Margulis at her web site. 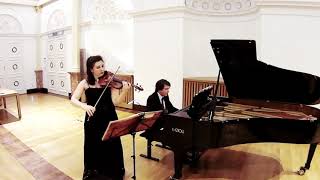 Master Classes:
You can apply for a 4-day period (fulltime) or a 2-day period (halftime), which cost 400€ and 200€ respectively.  Alissa Margulis's classes are scheduled for August 2 through August 5.  The application fee is 50€.