Laurentiu Sbarcea was born in 1961 in Romania into a musical family. As a child, he already drew attention to his cello playing by winning several competitions for young talents. Subsequently, he became a student of S. Antropov at the Ciprian Porumbescu Conservatory in Bucarest. He completed his studies with Daniil Shaffran in Moscow and with Maurice Gendron in Paris.

After winning major prizes in international competitions, he settled in Germany in 1984, where he immediately got a position as second solo-cellist in the Düsseldorf Symphonic Orchestra, a position he still holds today. In 1987, he was a co-founder of the Orpheus Quartet, an internationally acclaimed ensemble that won first prizes in renowned competitions in Rome, Munich and Osaka. Among his chamber music partners are Pavel Gililov, Martha Argerich, Menachem Pressler and Homero Francesch. He also forms a duo with the Swiss pianist Ulrich Koella. Since 1999, he has led a cello class at the Hochschule für Tanz und Musik in Cologne (Department Aachen) and from 2014 at the Folkwang Hochschule für Musik in Essen. He is also very well known as a teacher of masterclasses all over the world. 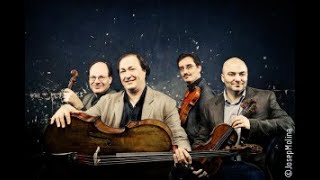