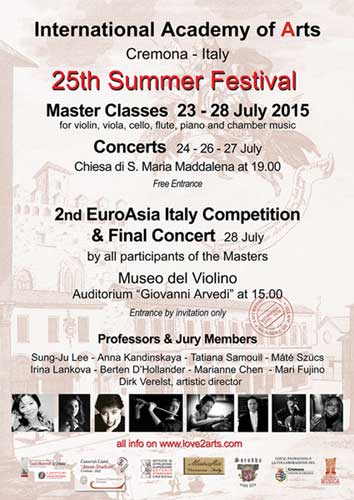 Hosted by the Camera di Commercio in Cremona

An International Solo Violin Competition was originally planned for this Summer Festival, but was canceled.